From 11 September to Saturday 14 December 2019 GALERIE NEUSE will exhibit in the rooms of Galerie Aveline, Paris, on Place Beauvau, opposite the Elysée Palace.

Set in scene by François-Joseph Graf, the exhibition will celebrate the ingenuity, creativity and skills of 19th century artists and craftsmen, who competed for recognition, honours and of course business at the International Fairs held in major European and Oversees capitals throughout the second half of the 19th century. It will also illustrate the international aspect of these events, with objects from a wide range of nations, including the dual monarchy of Austria-Hungary, Belgium, Great Britain, Denmark, France, Italy, Norway, Prussia as well as other German-speaking countries, Spain, Sweden, Switzerland and Russia.

The video of the exhibition: 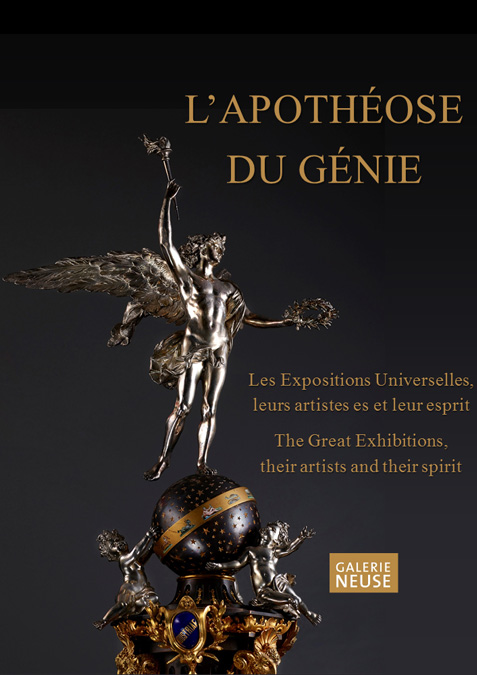