Modelled on an ancient Greek kantharos cup, the vase is a rare testament to the collaboration of three of the most important names in French 19th-century bronze production.

It bears the signature not only of the prolific bronzier Ferdinand Barbedienne, but also that of his celebrated sculpteur-ornemaniste, Louis Constant Sévin, and that of the ciseleur-ornemaniste Désiré Attarge. It is dated 1867, the year of the second Paris Universal Exhibition, and will take its place at the heart of the Musée d'Orsay's permanent collections.

The vase had been part of the exhibition ‘L’Apothéose du Génie’, dedicated to the Universal Exhibitions, which was presented at Galerie Aveline, Paris, in a scenography by the decorator François-Joseph Graf. The celebrated exhibition featured about 250 objects from the collection of 19th century works of decorative art, assembled over the past thirty-five years by Achim Neuse and Volker Wurster, the two founders of Galerie Neuse in Bremen/Germany. 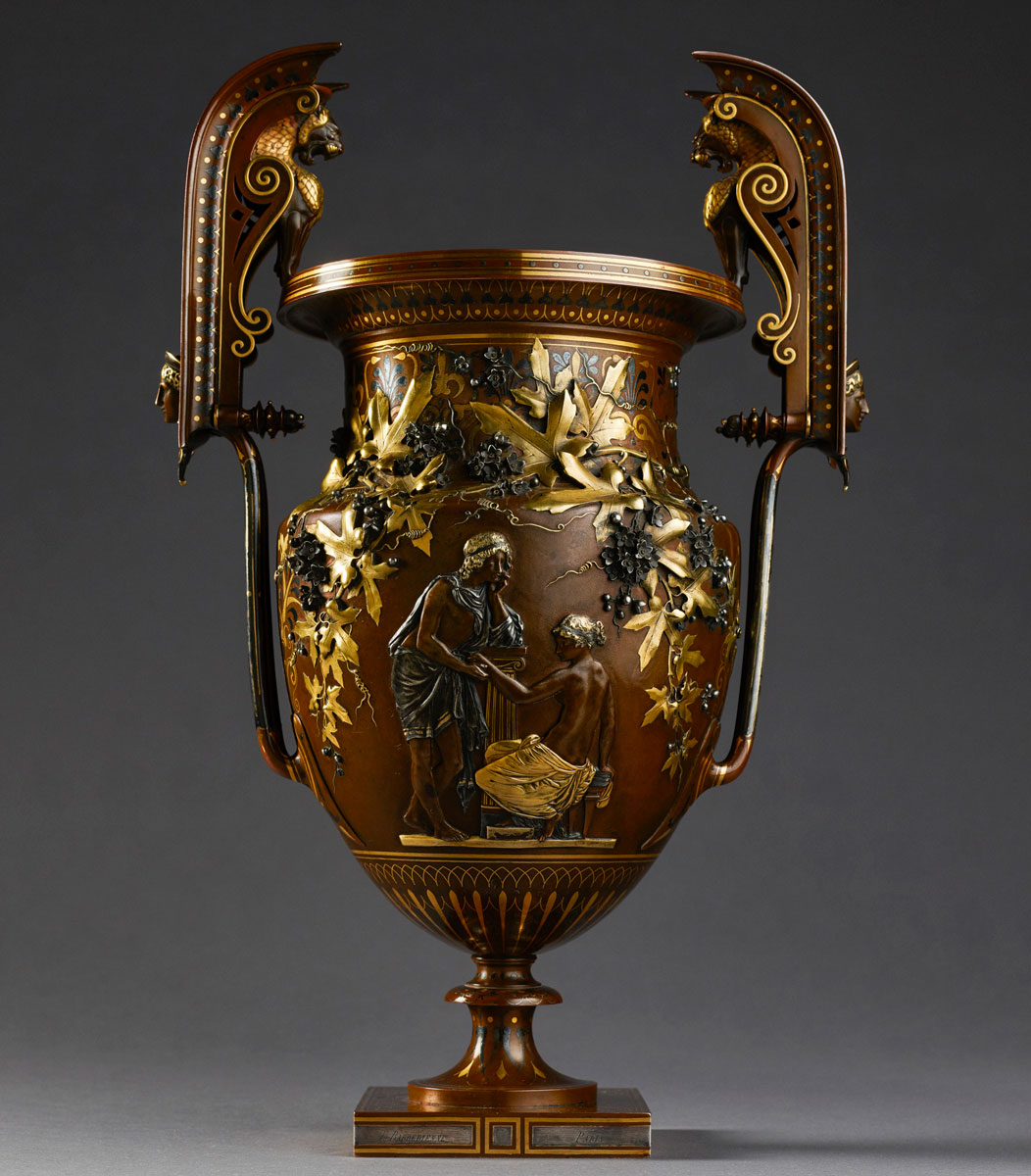 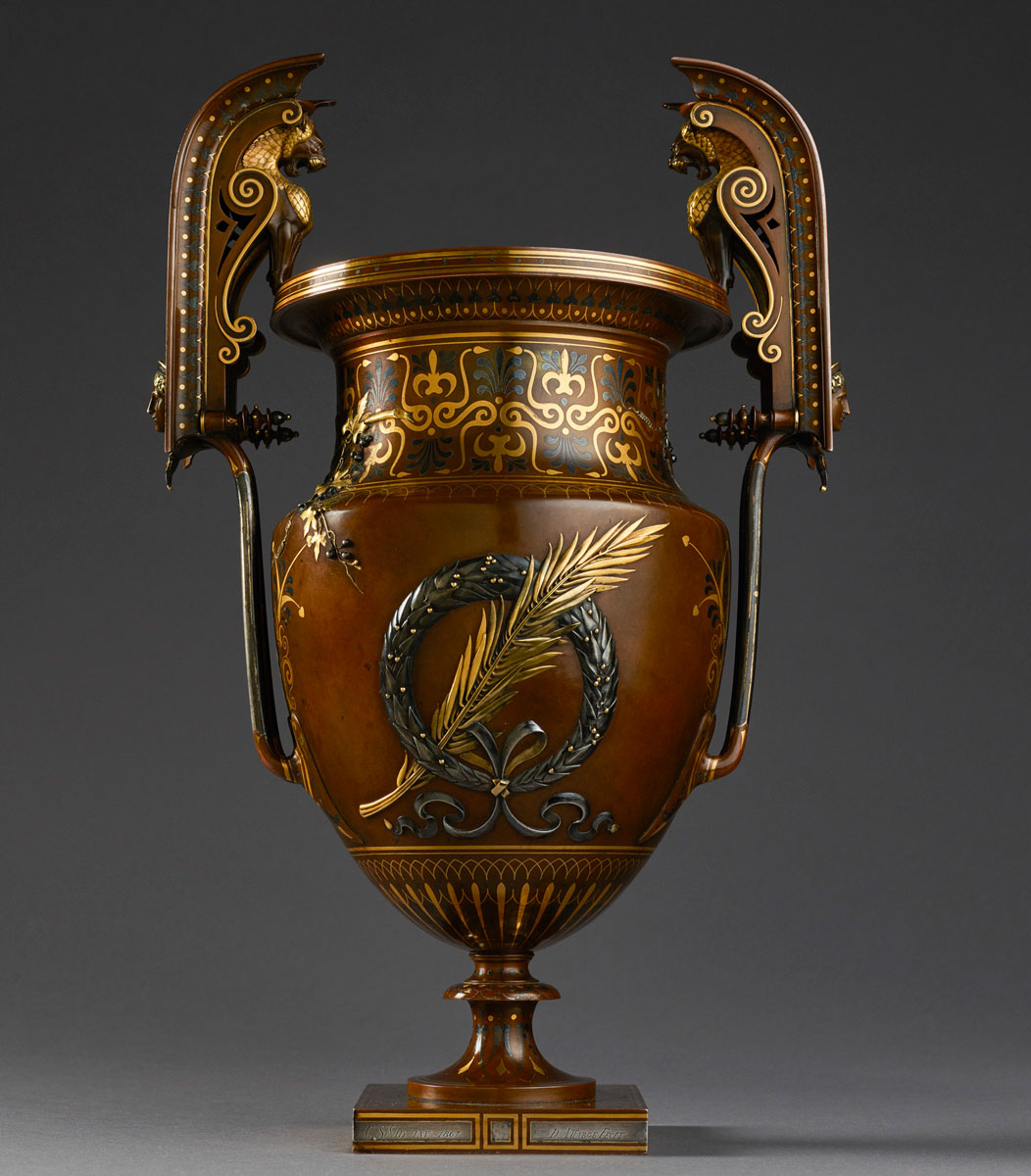