The Arrival of the Lovers on the Island of Kythera

The Arrival of the Lovers on the Island of Kythera 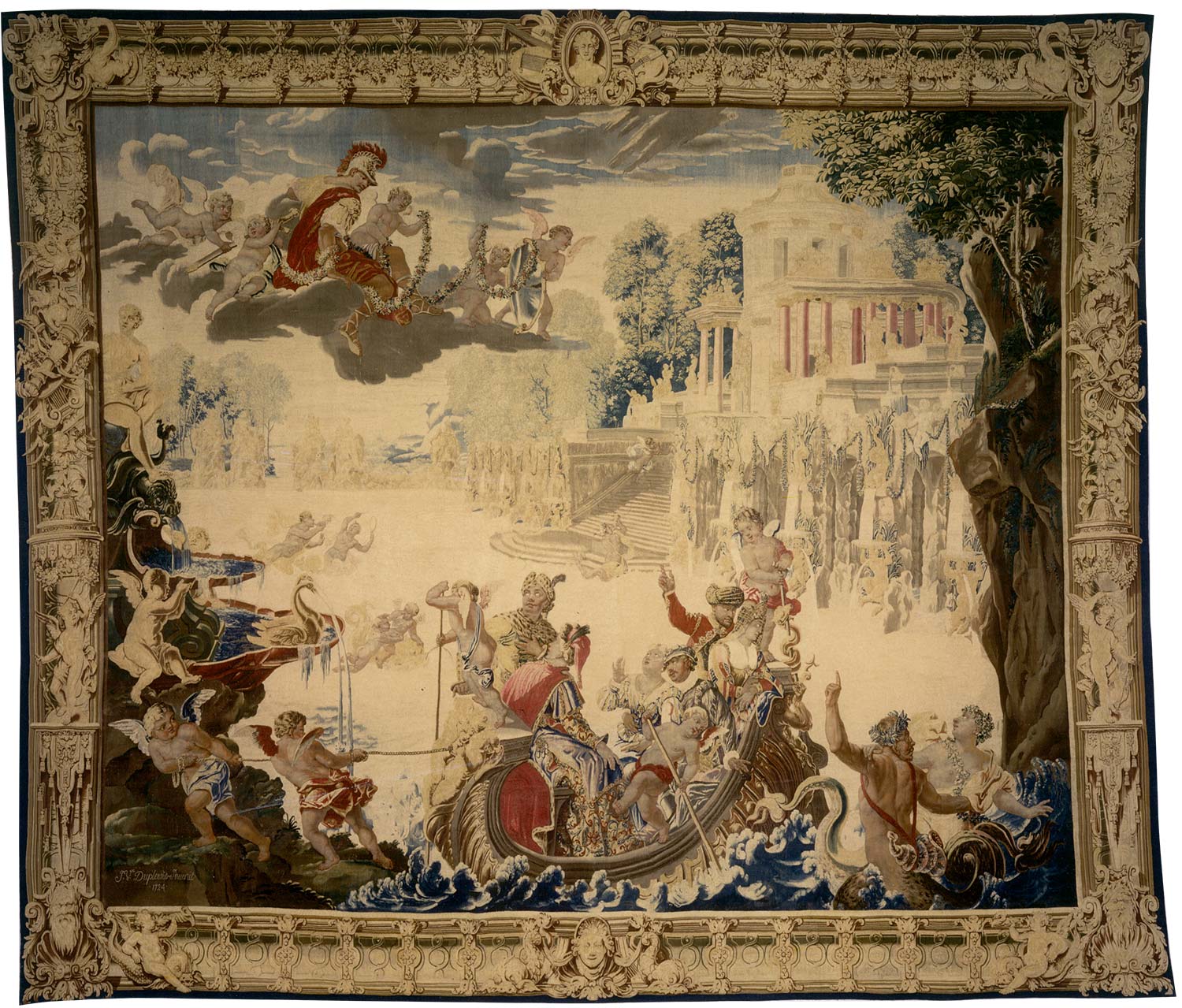 The tapestry depicts the arrival of the lovers on Kythera. The island was sacred to the goddess Venus (the Roman name for Aphrodite) because according to legend she came ashore there after being born of the sea foam – as portrayed so impressively in his painting by Sandro Botticelli towards the end of the 15th century.

The series of tapestries, made according to designs by Jacques Duplessis, was designed and woven around 1724 in the royal manufactory in Beauvais for King Louis XV of France. A splendid example of French weaving, the series was exhibited in 1731 at the Leipzig Fair, where the Prince Elector of Saxony, August the Strong, purchased the six tapestries for only 13755 instead of 28755 Livres.

Heinrich Göbel noted in this regard that “It was quite in conformity with contemporary attitudes when de Mérou praised the series, on 3 February 1731, as a ‘présent digne d'être fait aux princes et ambassadeurs étrangers’.” (cf. Göbel, p. 222): It was only recently that one of the tapestries in the series, illustrating the festivities celebrated by the happily united lovers, could be acquired by the Staatliche Kunstsammlungen Dresden. That tapestry is now kept in Schloss Pillnitz, near Dresden. The present item, signed and dated “J.V. Duplessis Invenit/1724” at the bottom left, shows the preceding scene in which the lovers arrive on the island of Kythera. On the right, in the background, the slightly oblong tapestry shows the temple of the goddess of love projecting from the water. In the foreground, the boat carrying the sumptuously clothed pairs of lovers can be seen, pulled ashore by winged amorettes. On the left, a intricate fountain crowned by a female figure rises into the air. On the right, below a rock face, a triton and a sea nymph are swimming in the storms sea. These creatures, part human and part fish, are looking up to the heavens with curiosity, as are the other figures in the scene.

A warrior accompanied by putti is approaching on a cloud and is adorned with a sword, shield and a garland of flowers; it is Mars, the god of war, who wishes to visit one of his lovers.

The border surrounding the image is produced with mirror symmetry and is identical to that on the tapestry which has already been returned to Dresden. It is based on architectural motifs and shows, in addition to masks and a portrait medallion in the middle of the top section, swans, dolphins, sets of musical instruments, and the god of love, Amor, standing with his arrows under a baldachin.

This series designed by Duplessis is the pinnacle of tapestry weaving in the royal manufactory in Beauvais. Both the arrangement of figures and the depiction of architectural elements are characterised by perfection and quality of colour and technical production. In addition to other, less important designs, this series of tapestries was the only, yet also a great design by Jacques Duplessis, and this masterly execution of the design in tapestry form was purchased for the royal estate and brought to Dresden in 1731. 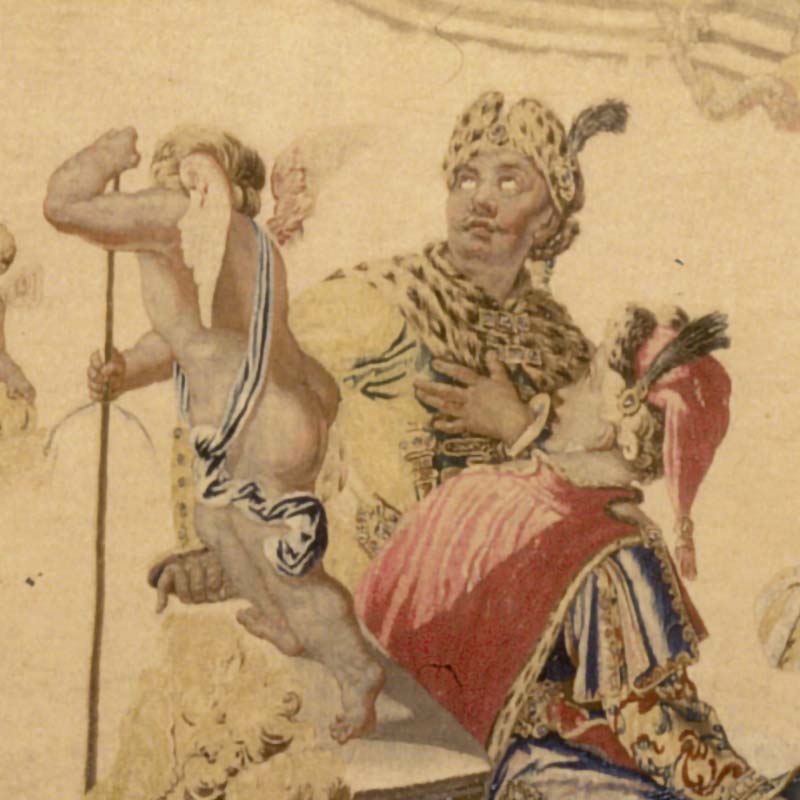 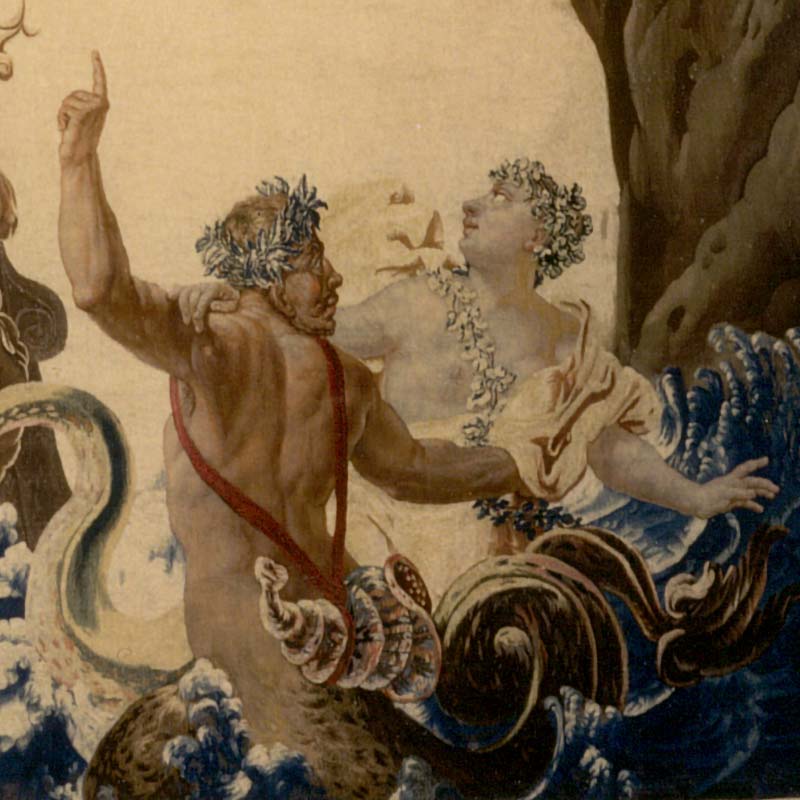 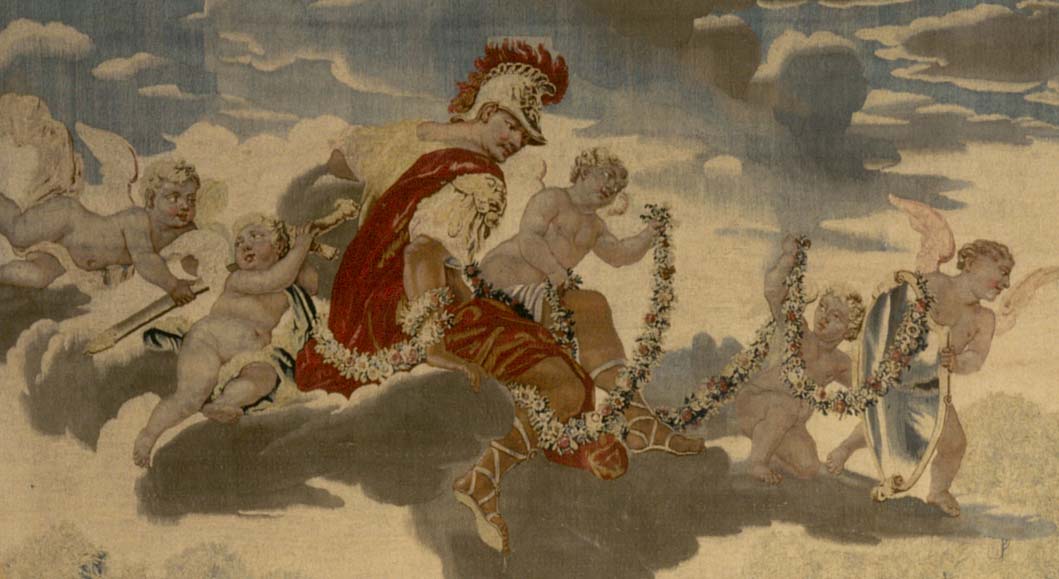 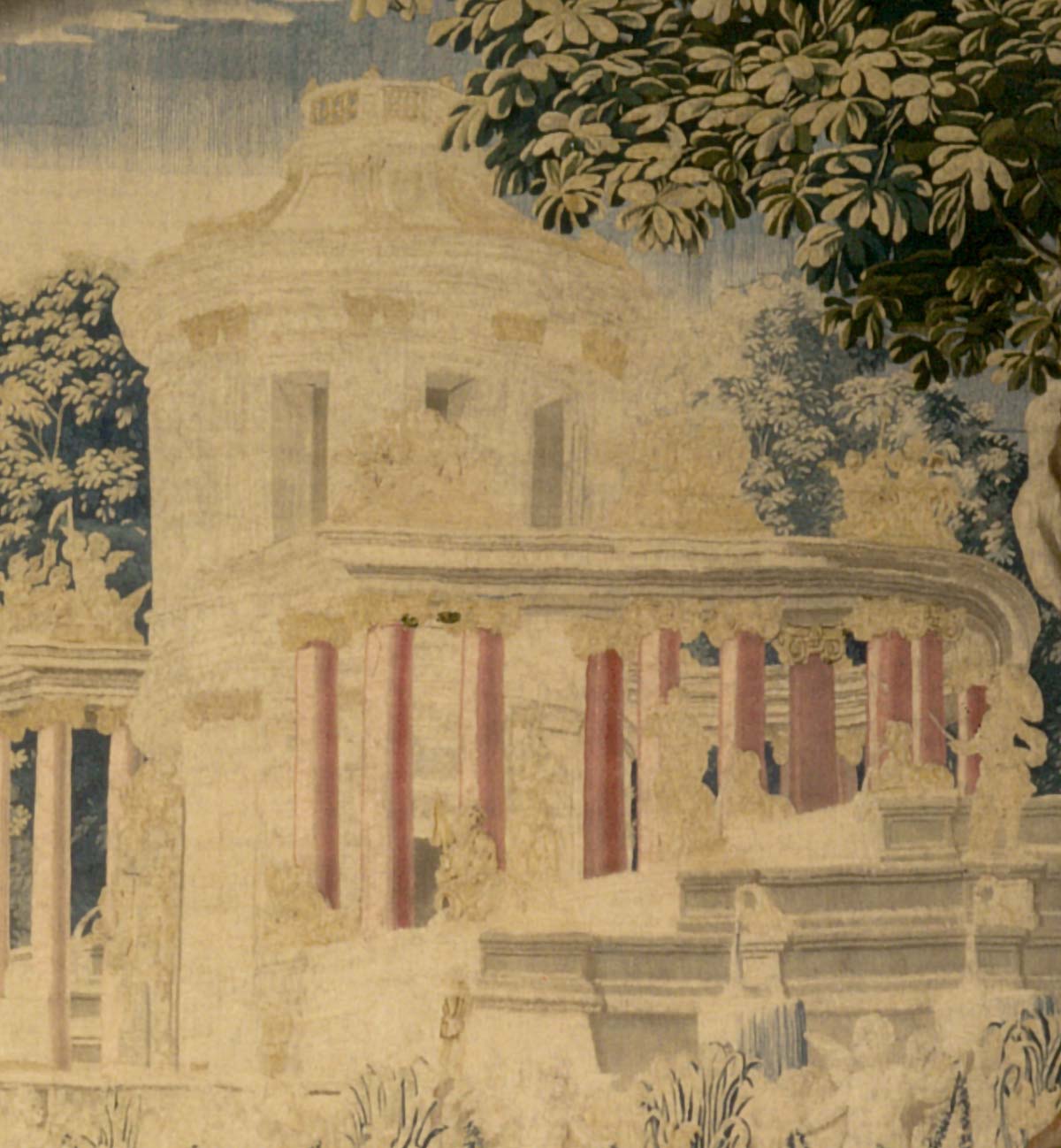 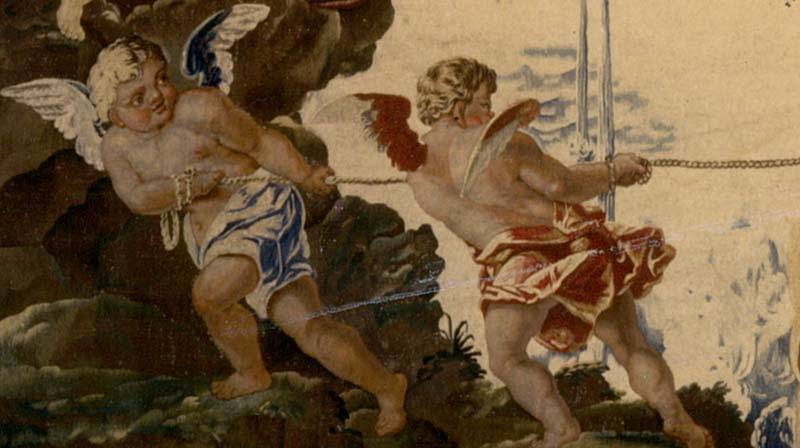 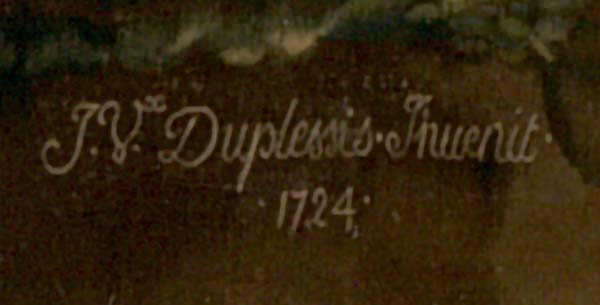