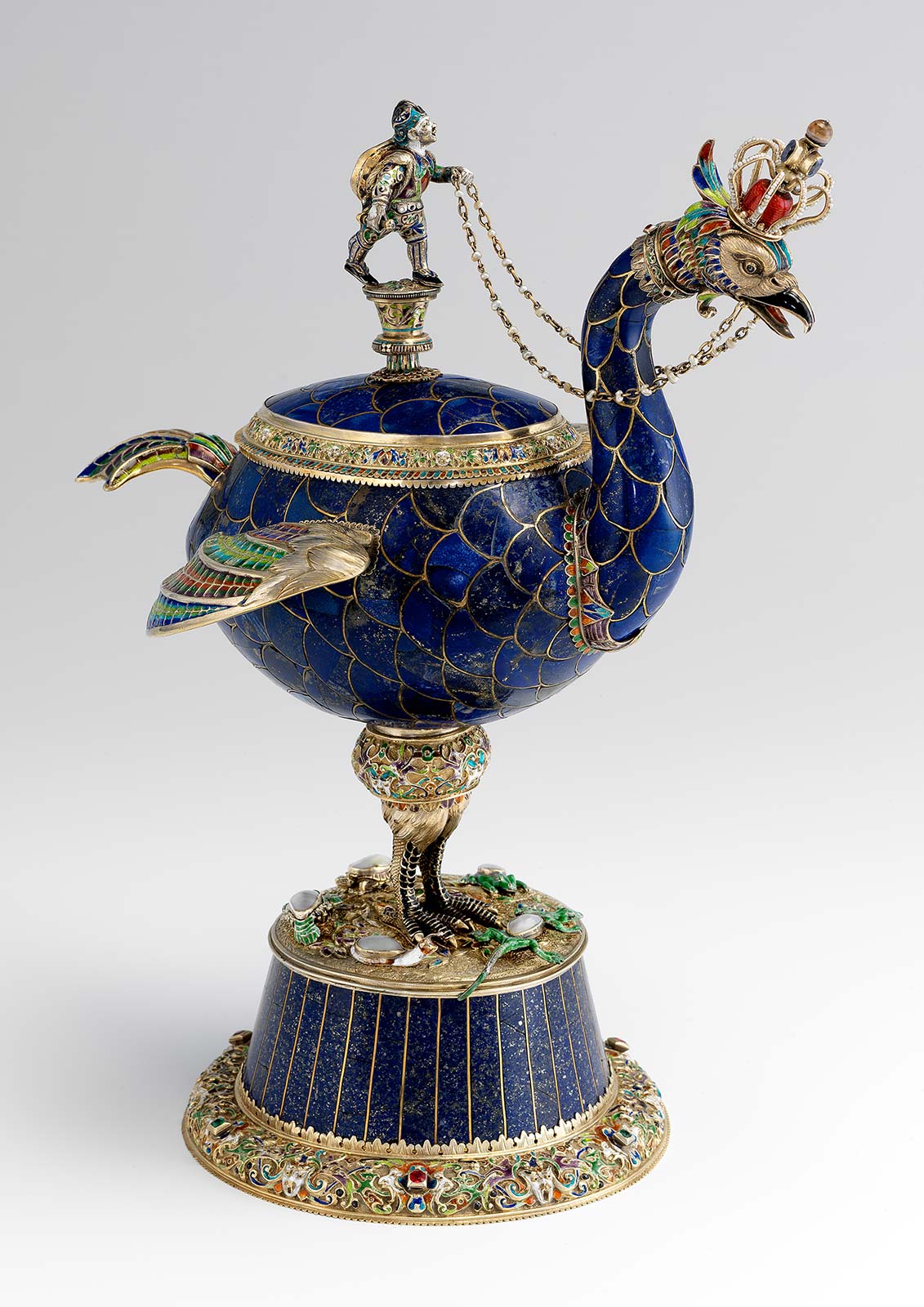 Hermann Böhm was one of the best and most well-known representatives of Neo-Renaissance goldsmithing art. He created precious objects made in 16th-century style from enamel, rock crystal, semi-precious stones, pearls and niello. He was inspired by 16th century Kunstkammer objects in the Kaiser’s collections. In 1866, he founded a "Gold- and Silverware Factory".

A characteristic feature of Böhm’s fine enamel works is the meticulous, detailed painting of the reverse sides of objects in delicate colours. Such small, exquisite works of art were produced in Vienna from 1870/71 onwards and attracted considerable attention when presented at the world exhibitions there in 1872 and 1878. "Viennese enamel" was primarily exported to America.

The magic bird " Roc" appears in one of the adventures of Sindbad the Sailor in the compilation of tales known in English as the Arabian Nights. The overall framework for these stories is their narration by the legendary Queen Scheherazade as a nightly entertainment for her husband, by which means she distracts him from his plot to kill her once their marriage is consummated.

The tales originate from a variety of sources, including Persian, Indian, and Arabic sources, and the Sindbad stories date back to the 9thcentury AD. On one trading voyage, after falling asleep on the island home of the roc, Sindbad awakens to find himself deserted by his companions. He discovers a massive egg in the roc’s nest and hides beside it; when the bird returns to its nest, Sindbad ties himself with his turban to one of its legs. The next day, Sindbad is carried away from the island when the roc takes flight in search of prey. 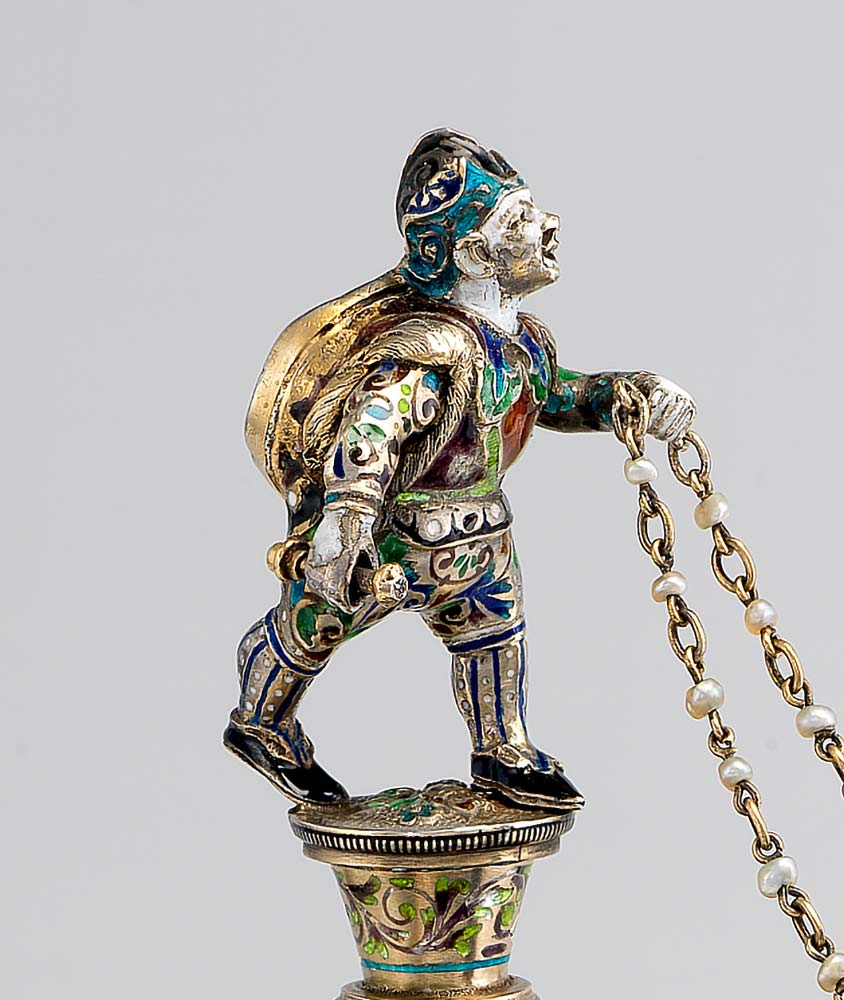 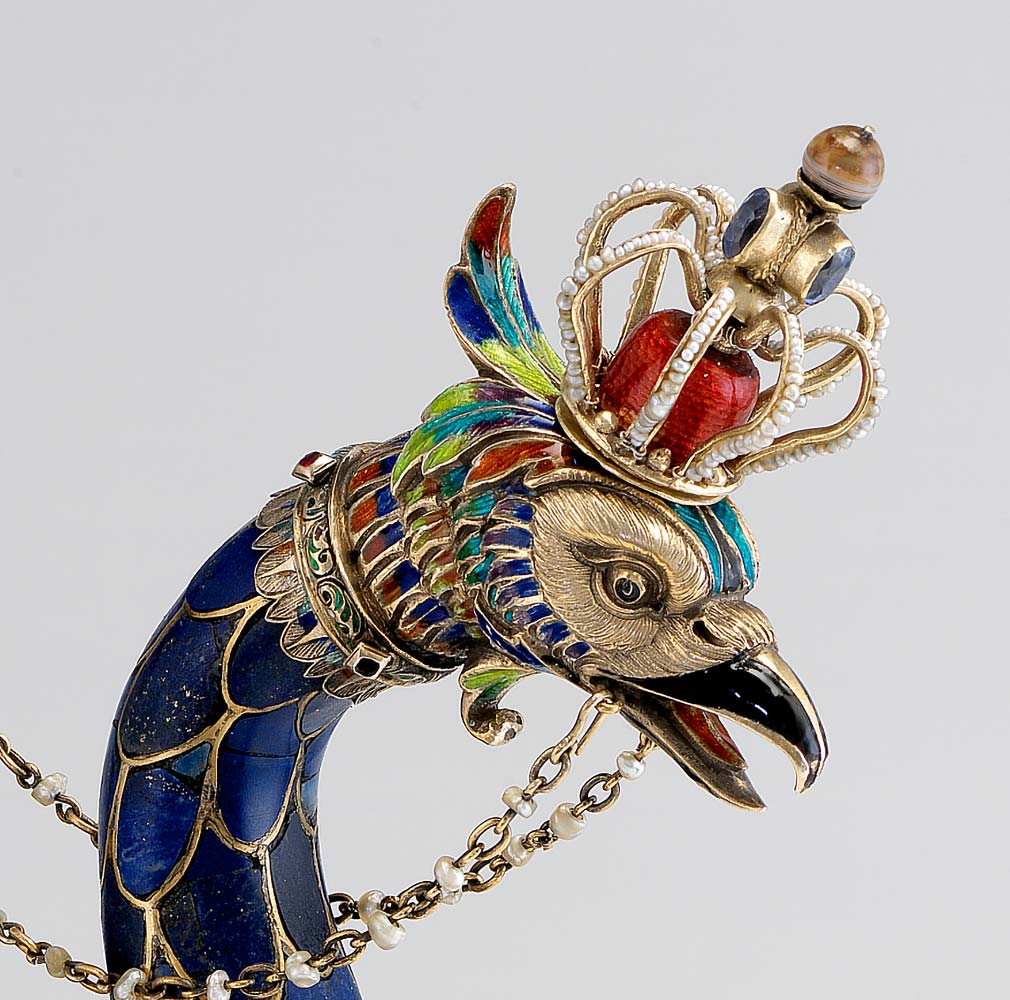 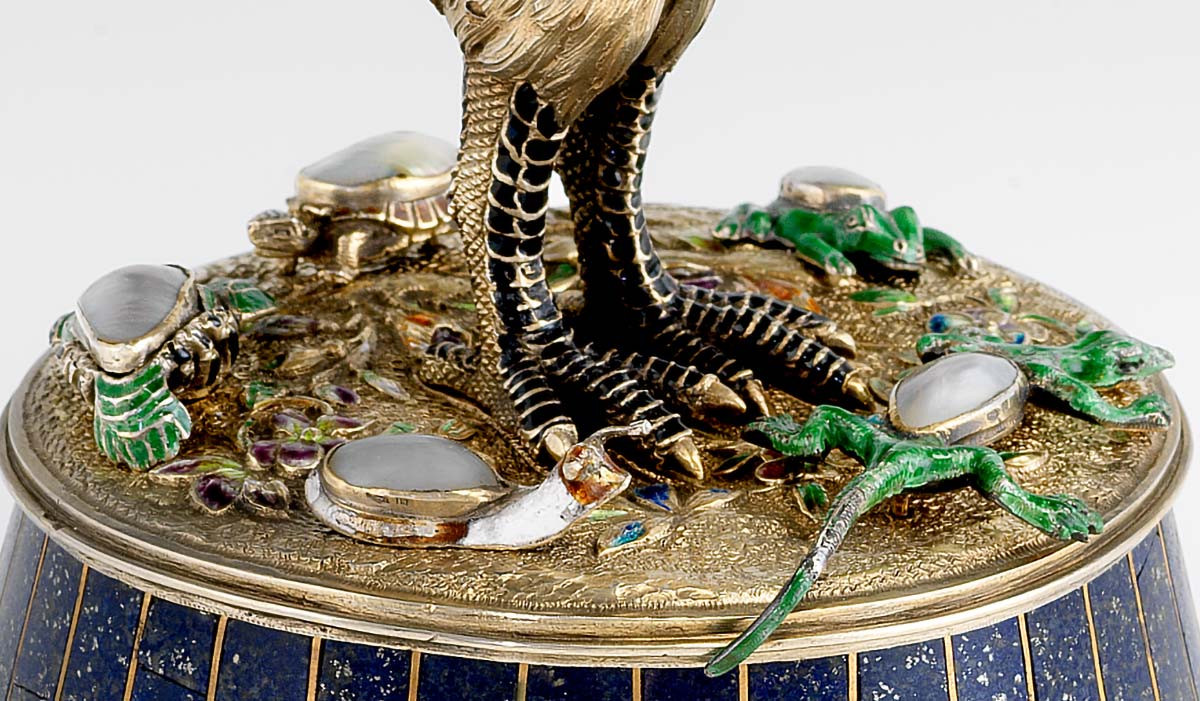